Statistics on Drug Abuse Among Executives

Drug abuse is a serious problem that damages both physical and mental health. It is often related to stress and anxiety issues and therefore there are many social groups that are at risk due to the misuse of different substances. There are many substances – alcohol, amphetamines, barbiturates, etc – which are associated with drug abuse.

Our focus in this article will be on executives who often turn to substance abuse due to stress issues. According to research, most executives start using the drugs in order to control rising stress levels and 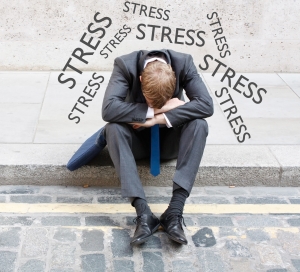 sleep deprivation. Some interesting aspects of this drug abuse along with important statistics are shared below:

Painkillers are the most abused drugs among business executives. Science Times reports that executives who are between the ages of 25 to 45 are often found abusing their prescription drugs especially Adderall, Concerta and Vyvanse..

The National Drug-Free Workplace Alliance provides interesting statistics for employees engaged in substance abuse. It describes that over 75% of people with substance abuse problems are employed in the current economy which means that they have been able to disguise their drug abuse problem at their jobs. They make around 8.2% of the total employed people.

Drug users on an average take 5 leaves in a working month. They are 33% less productive than other employees. Moreover, these drug abusers with hidden issues cost an average loss of $7000 annually to their employers.

Alcohol abuse is also very common among executives. Problem is, alcohol is legal and easily available. Statistics show that 1 out of 12 adults suffer from abuse related to alcohol, and executives are mostly involved. Most executives fail to recognize this problem because the use of alcohol is a part of life for them and this causes serious issues.

Caffeine abuse is often forced on business executives due to stressful working conditions that are prevalent in many organizations these days. There are many executives who have to work for over 12 hours a day and they rely on the use of coffee and other energy drinks to keep them charged all the while.

The fiercely competitive culture of places such as Silicon Valley has turned most business executives into substance users. Most executives fail to find the right balance in their lives and gradually fall into the trap of abusing drugs. An addictions expert in Miami informed that he regularly treats business executives who are working in reputed organizations such as Google, Yahoo and Facebook. He informed that he has treated over 200 executives from high ranking Silicon Valley organizations alone. The recent death of the famous Google executive Forrest Hayes has truly shed a bright light on this ugly truth that is generally kept shrouded.

The top drug rehab for executives is available through the US Rehab Network. There are over 100 alcohol and drug rehab centers available, and they offer private addiction rehab with success rates over 90%.