The Low Down on Maintenance Therapy after Drug Detoxification

Maintenance therapy is a term meant to describe any medical treatment-procedure enabling the patient to remain in a disease-free state, or in the case of drug detoxification – an addiction-free state. While undergoing drug detoxification process, the primary goal of the treatment is to become free from drug-addiction and get into remission. Following this, the challenge to remain drug-free, which is achieved through “Maintenance Therapy”, is the most crucial step to completely eliminate addictive tendencies.

Following complete drug detoxification, all physical signs and effects of drug addiction would disappear. However, it is a well-known medical fact that such a drug-free ‘clean slate’ is not enough to prevent a relapse back into drug addiction. The main driving forces in former addicts to get pushed back into their old drug habits are usually psychological or social factors,

not physical illnesses. Mental stress and difficult situations during abstinence may trigger old memories of the drug’s highs and pleasures. Cravings to get back on drugs may be impossible to resist ending up in a return to chronic drug abuse.

Overall chances of beating any drug addiction have been proven to be better when the drug detoxification process is coupled with long-term maintenance therapies. For instance, maintenance therapy with either methadone or buprenorphine paired with naloxone hydrochloride has been evidenced to curb narcotics-addiction most efficiently. Though the patients are still opioid-dependent in the maintenance phase of treatment, they are, at least, able to function normally in their lives by returning to their daily routine, going to work and driving without any impairment.

Methadone is the most studied drug in effective maintenance therapy for recovery from addiction to narcotics. Suboxone, is a newer drug similar to Methadone and has also gained wide acceptance in the medical community for its efficient maintenance therapy.

Long-term administration of Methadone for heroin or opiate addicts is a common treatment methodology called “Methadone Maintenance Therapy”. By substituting a legal, long-acting synthetic opiate (Methadone) in the place of the illicit heroin, the addict would be salvaged from the morbidity of opiate-addiction. The precise dosage of Methadone during maintenance 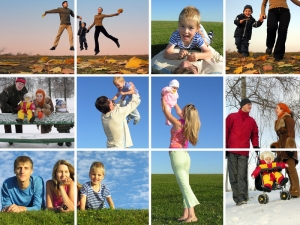 therapy has been a matter of much debate and controversy among medical professionals. Medical evidence has demonstrated that there may be the need for higher dosages administered for longer time frames to sustain the effectiveness of the drug in heroin addicts. A widely practiced standard of dosage is administering an initial concentration of 10 to 20 mg followed by 10-mg increments until heroin withdrawal symptoms are controlled.

It has been clearly detected through observational medical studies that the rate of drug-addiction relapse is higher when maintenance therapy is stopped. As a result, medical practitioners commonly suggest that patients remain on medicines for long-term maintenance therapy, especially in patient cases who have higher rates of relapse. Otherwise, the maintenance therapy regimen may be tapered off over some months or years, accordingly.

The success of ‘Maintenance therapy’ methodology has majorly contributed to the decline in illicit drug usage, decreased criminal activities, and the transmission of infectious diseases like HIV, Hepatitis, and ultimately a substantial overall reduction in healthcare costs for the population.