The numerous adverse effects of the use of legal and illicit substances during pregnancy have been well-studied across the world. Substance abuse and addiction in pregnant women have been clearly associated with poor obstetric consequences. 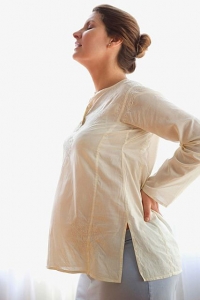 The highest number of addiction cases include the use of substances such as opiates, alcohol, tobacco, marijuana, cocaine, and amphetamines. Based on many decades of observational research data gathered on the pre-partum, intrapartum, and postpartum complications due to substance abuse, the various recognized effects have been extensively reviewed in medical literature. A brief summary of these findings are given in this mini-review on addiction and substance abuse during pregnancy and their lasting effects on mother’s and infant’s health.

Addiction to opiates like heroin, methadone, and in some cases, the misuse or over-use of prescription opioid-analgesic medications (such as oxycodone, hydromorphone or hydrocodone) are very prevalent in pregnant women.

Gynecological complications in opioid-dependent pregnant women are referred to opioid-assisted therapy assisted with methadone or more recent medical studies suggest buprenorphine. Slowly tapering the opioid dosage or abrupt discontinuation of opiates in a pregnant woman dependent on the drug can result in severe difficulties such as fetal distress, pre-term labor or even fetal death. The probability of complications in opiod-abused pregnancies is up to six times higher, and therefore, neonatal care ought to be focused and specific in treating drug-withdrawal symptoms to minimise the ill-effects on the infant.

It has been estimated that 50% of women in their child-bearing age are regular in their consumption of alcohol. The teratogenic effects of alcohol are well-established in medical literature, the most serious 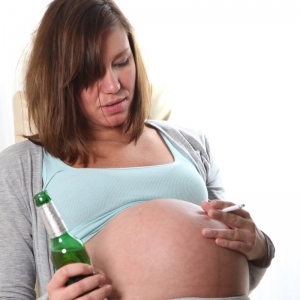 outcome being Fetal Alcohol Spectrum disorder (FAS). The risks of alcohol-exposure during pregnancy include spontaneous abortion or growth restriction during fetal development.

Infants pre-natally exposed to alcohol also develop serious neurophysiological, cognitive, and behavioral deficits such as birth defects and mental retardation. The severity of brain damage in the infant depends on the amount and frequency of alcohol consumption during pregnancy and the gestational stage when alcohol was consumed by the mother.

Tobacco-addiction is the most prevalent form of substance abuse in pregnant women. Pre-natal exposure to tobacco in the long-term can increase chances of morbidity due to spontaneous abortion, placental insufficiency, ectopic pregnancy, fetal growth restriction, pre-term delivery, low birth weight, respiratory diseases in the infant, and detrimental behaviour issues. To beat nicotine addiction in pregnant women who struggle to quit smoking during pregnancy, Nicotine-replacement therapy is commonly suggested as an effective alternative to beat the addiction.

Cocaine addiction during pregnancy has been evidenced to lead to sudden abortions, pre-term births, and congenital anomalies in the infant. Also, neo-natal inadequacies include insufficient breastfeeding, seizures, lethargy in the mother requiring special pre-natal care and attention. Similarly, marijuana use during pregnancy has long-lasting consequences on the infant’s neurological development and behaviour.

Yet, another class of illegal drugs with serious health consequences in pregnant women are amphetamines. The pharmacological effects of amphetamines are identical to that of cocaine, however, the developmental effects that they elicit are different. In utero exposure to amphetamines can lead to congenital abnormalities, behavioural deficiencies, and learning disabilities in such babies.

It is crucial to reiterate the importance of overcoming drug-addiction and abuse in pregnant women and spread awareness of the hazards of drug exposure to infant and maternal health. Conducting routine screening tests in pregnant women and educating youngsters of child-bearing age regarding the risks of substance abuse during pregnancy are the most effective ways of battling addiction during pregnancy. Thus, careful consideration and spread of a multidisciplinary vision would lead to increased maternal, pre-natal, and post-natal outcomes.