What substance or behavior springs to mind when you think of the word “addiction?”

Is it heroin? Tobacco? Cocaine? Gambling?

What about Internet Gaming?

Internet gaming is the type of addiction that tests your definition of addictions. Does addiction have to cause symptoms of physical withdrawal when you stop using or abusing the substance or behavior? Or is it just something difficult to stop?

There are support groups to help people control their compulsive shopping. There are 12-Step meetings for gamblers and over-eaters. There are clinics that help people with sex addictions. But, in fact, there is only one behavioral addiction mentioned in the Diagnostic and Statistical Manual of Mental Health Disorders (DSM-V, so-called because it has been revised five times). That behavioral addiction is Internet gaming. 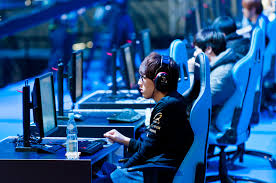 In the DSM-V, Internet gaming is mentioned as an issue that requires further study, so it has not been listed as an actual diagnosis just yet.

Still, there are lists of symptoms that mirror other addictions, such as compulsiveness, inability to stop even when it causes repeated harm (such as missing other obligations, diminished social life and overspending). The lists also include run-downs of withdrawal symptoms, such as irritability, moodiness, depression, and loss of appetite.

What Is An Addiction?

What’s an addiction? It’s a pathological relationship with a mood-altering substance of behavior. This could include gardening, golf and watching television. But the crux of the matter is how harmful the compulsive behavior might be. If you are isolated, lying to friends about what you do with your time, overspending, overindulging, you could be addicted to Internet games.

Yes, some addictions walk a thin line between safe and compulsive. But if you’re doing something by compulsion and you can’t stop, it might just be a question of control. Don’t you want to be in control of your life? Don’t you want to control how you spend your time, your money and your social opportunities?

Is Internet gaming forcing you into making bad decisions? It shouldn’t. A game is a game. It shouldn’t control your life.