Men and women face very similar battles when recovering from addictions, but there are critical differences, as well. In this blog, we’ll look at some men-specific issues. While men and woman both turn to addictive substances to relieve a variety of traumatic experiences, by the time men get to rehab, they face some gender-specific issues.

Men tend to be more detached in recovery than women. This may be because men are raised to pay attention to rules through games, sports, the military and the way they approach their careers. Women tend to value relationships more, which makes them more practiced at sharing feelings and networking, which are valuable assets in recovery. 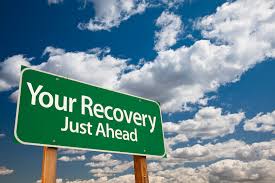 Men are raised to be tough, to go it alone, to pull up their socks when the chips are down and not to show weakness. As such, they don’t have as strong a support system as women do. This is a problem in recovery. Yes, when the going gets tough, men try to bear down on their recovery and that can be an asset. Unfortunately, however, as the first step in a 12-Step program reminds us, addiction is about being “powerless to control our lives.” So sometimes trying harder is not the best choice in recovery. With addictions, seeking help is better than “toughing it out.”

Studies have shown that men use drugs or alcohol to enhance positive feelings. As such, they use addictive substances to feel even better if something positive happens. This might be called the Celebration Syndrome. Some men have to relearn how to celebrate while remaining clean and sober. They need to understand that a positive thing can be appreciated in positive ways.

Men can be extremely competitive, which can work against them in recovery. You might have heard a man at some point bragging about his consumption capabilities – out drinking or out drugging his cohorts. Competition has its place, but not in the realm of substance abuse.

Similar to detachment, men have a tendency to avoid emotions. They have ways of masking their emotional lives, given the cultural expectations that “real men” don’t cry, show pain, get all “touchy-feely” or give way to sentiment. They are supposed to be cool, calm and collected, which is fine when life is going smoothly.

Men are also expected to be the ones in charge of their romantic lives. They see themselves as dominant, the one who “brings home the bacon,” the breadwinners, the decision makers. This breaks down when they show weakness and recovery is certainly a moment of weakness. Recovery begins when you admit you have lost control of your life due to some substance or behavior.

Secondly, men and women often use romance as a crutch. Romance and sex can be just another high. In addition, addictions take their toll on relationships, so many men in recovery are single. In early recovery, they often feel like they are on top of the world again. So, why not get involved in a new relationship?

This could be a bad idea. The new relationship might be a crutch, just a way to get high. It might be a replacement for the addiction they just lost. At 12-Step meetings, it is advised to make friends, but it’s not a good place to find a lover. This isn’t because the other party might be trouble. It’s because a relationship can sabotage your own recovery.