In America, illicit substance use and abuse is becoming more prevalent. Many people do not understand the logic behind drug abuse. However, this is a sad reality for many U.S. citizens. Illicit drug use in America has been increasing over the last two decades. According to statisticsm, around 24.6 million Americans age 12 and older have used an illicit drug during the last month. 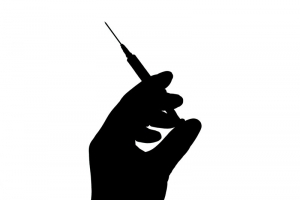 Young adults and teenagers think it is easy to use drugs and alcohol, especially if they see others doing this. The entertainment and music industry make reference to drug use, and young people feel that this means that drug use is alright. Individuals who have a family history of alcohol and/or drug use are more likely to develop addiction than a person with no family history of substance abuse.

Mental illness is a burden for many people. Conditions to consider are anxiety, depression, and bipolar disorder. Illicit drugs often make these people feel normal for a short while. Having a mental condition is often frightening for the person experiencing it, so she/he is often reluctant to seek help from professionals.

Many people turn to substance use and abuse to relieve stress. In our modern world, stress is common for everyone. Many things in life are now easier, but still burdens exist. Simply maintaining a household and holding down a job is a huge stressor for people. Some drugs are viewed as relaxing, whereas others are used to get you moving. Either way, illicit drug use has serious consequences.

Boredom is a major factor in drug abuse for teenagers and young adults. People in this age bracket generally do not have jobs, bills, or other stresses that are associated with adulthood. It is easier to get bored and want to find something exciting to do.

Many prescription drugs are sold on the street. However, the doctor did not prescribe them to the person purchasing the drug for illicit use. It is easy to rationalize using a drug, and thinking it was prescribed makes it acceptable. However, doctors only prescribe drugs to people who have certain medical conditions, and these drugs are closely monitored.

After an injury, the doctor may prescribe you pain medicine (opioids). However, when you start buying these medicines on the street, they are no longer medicine. Taking prescription medication that is not prescribed to you can lead to addiction.

Young people make choose to do drugs due to peer pressure. If other teens are doing it, then it must be alright. However, this can lead to addiction and serious problems later in life.

This is an excuse some people use to continue abusing substances. Many people have suffered traumatic childhoods but do not turn to drug use. Therapy and counseling is much more appropriate than taking illicit drugs.

Anyone who has experienced a “high” from a certain drug can tell you that it is pleasurable. However, it takes more and more of a drug to achieve the high, and before you know it, you are addicted to the drug.

Adolescents often want to be treated as adults. Taking drugs is a way to feel like a grown person. However, this is not a mature approach to growing up. Parents should counsel young people on the hazards of using illicit drugs.

For the top drug rehab centers nationwide, call US Rehab Network. Over 100 addiction centers are available, with customized treatment producing success rates that are over double the nationwide success rates!