What is an Alcohol Abuser?

Drinking alcohol in excess or as a way to cope with stressors or avoid problems can lead to dependence and then addiction. Nearly 14 million people—more men than women—in the United States are dependent on alcohol or have alcohol problems.

Alcohol-use disorder or alcoholism is when alcohol use becomes excessive and leads to significant impairment or distress. It’s when alcohol consumption begins to interfere with home life, school, or work, and creates interpersonal difficulties with family and friends.

Short-term effects of alcoholism include memory loss, hangovers, and blackouts. Long-term problems of heavy drinking include nutritional deficiencies, stomach ailments, heart problems, cancer, brain damage, memory loss, and liver cirrhosis. There is also an increased risk of death from automobile accidents, homicide, and suicide. It is also linked to a higher incidence of unemployment, domestic violence, and legal issues. 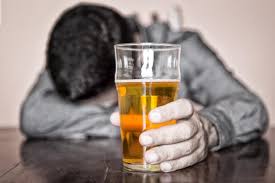 Alcohol use disorder is defined having two or more of the following within a period of 12 months:

Alcohol withdrawal syndrome is characterized by having symptoms such as trouble sleeping, shakiness, restlessness, nausea, sweating, a racing heart, a seizure, or hallucinations.

The DSM-V integrates alcohol abuse and alcohol dependence, into a single disorder called alcohol use disorder (AUD) with the following classification:

Asking the CAGE questionnaire is a good screening tool for alcoholism.

One answer of yes suggests a possible problem; more than one indicates that a problem likely exists.

Health hazards of alcohol abuse include: