Many Definitions of Addiction

The definition of addiction has gone through a curious metamorphosis in modern times. This is mostly due to the very critical and valuable ramifications included in this simple term.

For example, addiction in a slightly outdated Merriam-Webster Dictionary is a quick entry with a definition that includes 12 words. This makes it a fairly average word from the dictionary’s point of view. But it doesn’t answer to a few influential forces that shape modern society, such as the medical community’s point of view and/or the opinions of insurance companies, recovering addicts or any addicts’ loved ones.

The dictionary’s 12-word definition includes the words “compulsive need” and “habit-forming,” and notes that the term is most especially applicable in relation to drugs. It doesn’t mention alcohol and it doesn’t mention a modern interpretation of the word that covers what are called “process addictions.” These are addictions to food, work, gambling, sex, Internet gaming, and other mostly behavioral activities. 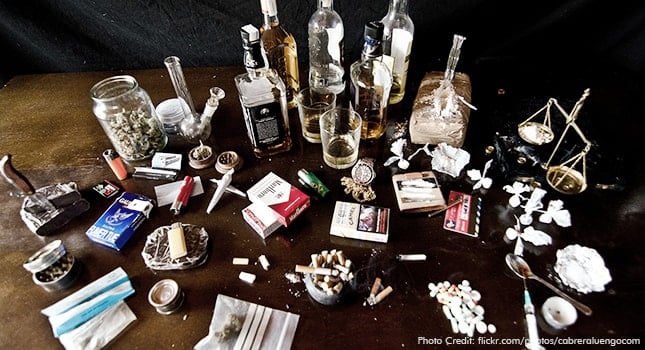 To cover all bases, the website MentalHelp.net, which calls itself “an American Addiction Centers Resource,” proposes a definition that runs for thousands of words that lists four authors, all of whom have Ph.D.s. It is exceedingly thorough but stresses four key salient points. These are 1. Addiction includes both substances and activities (such as sex and gambling). 2. Addiction leads to substantial harm. 3. Addiction is repeated involvement despite substantial harm. And 4. Addiction continues because it was, or is, pleasurable and/or valuable.

Here, the most dramatic addition to the dictionary definition is not the addition of activities to go along with substance abuse, it is the concept that addiction now implies something negative. MentalHelp.net has inserted the term “substantial harm” into the discussion. Indeed, most clinical definitions include very direct wording that notes that addictions are not good for you. They have a negative impact on peoples’ lives. They are harmful.

From the dictionary’s point of view, we could be addicted to oxygen or healthy eating habits, work habits, and sexual behaviors. “Substantial harm” vastly changes the implications of the word compulsion. A behavior is not viewed as a compulsion if it is good for you, only when it is a behavior or substance to which the addict has a pathological relationship.

Several other sources offer a short definition of addiction while adding a longer explanation for anyone who wants to parse through the word in greater detail – for anyone who wants to nail this down. The American Society of Addiction Medicine is one of these. If the short paragraphs at the top don’t do it for you, you can try the longer definition, which is probably necessary given the opening sentence: “Addiction is a primary, chronic disease of brain reward, motivation, memory, and related circuitry,” that sentence says.

A much longer definition is helpful now because addiction has now been unveiled as primarily a disease. The definition makes addiction a medical term. The next sentence says: “Dysfunction in these circuits leads to characteristic biological, psychological, social and spiritual manifestations. This is reflected in an individual pathology pursuing reward and/or relief by substance use and other behaviors.”

On the street, you might just say, “I want to stop, but I can’t. This is not good for me, but I keep doing it, anyway. I am hurting myself. But I can’t figure out how to stop on my own.”

You might notice there is no brand name or specific drug mentioned in these definitions. Some addicts claim they are not in trouble because they drink wine, not beer. Others attempt to dodge the definition by noting they only use drugs on weekends or they are not addicted until someone can show them physical harm is being done.

The definition matters when someone you love is playing around with them to rationalize not seeking help. One definition cited here uses the word “chronic” but that doesn’t mean recovery isn’t possible. There are persons with diabetes who control their blood sugar and do just fine. There are addicts in control of their addictions who do just fine. The definitions are important for a variety of reasons, but here’s what you will hear in a support group for recovering addicts and here’s the takeaway for all of this: Whatever you think the definition might be, don’t let the words get in your way.