Most Effective Treatment for Meth and Crystal Meth addictions

Meth and Crystal Meth, pharmacologically known as Methamphetamine (or N-methyl-alpha-methylphenethylamine) is a strong stimulant of the central nervous system (CNS), thereby made popular as a recreational drug for its euphoric highs and aphrodisiac qualities. Prolonged and compulsive use of meth or crystal meth lead to a serious addiction liability and total dependence on it.

Sudden cessation of the drug intake would result in severe withdrawal symptoms, leading to post-acute 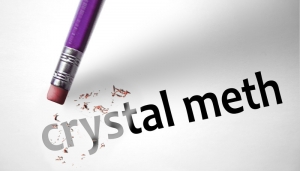 withdrawal syndrome, which could last for months or even years beyond withdrawal. Crystal meth is known for its neurotoxic effects in the brain, which cause permanent damage to the dopamine and serotonin receptors of the Central Nervous System. Irreversible changes to neural structure and function in many regions of the brain have been proven to cause reduction in grey matter volume and compromise metabolic and functional integrity.

The United States Food and Drug Administration (USFDA) have stated that emergency care for acute methamphetamine intoxication can be managed by initial administration of activated charcoal and sedation. Forced diuresis with supplements such as Vitamin C will increase the rate of removal of methamphetamine, but is not always recommended as it may aggravate acidosis, seizures, and rhabdomyolysis.

Sufficient sedation with benzodiazepine and non-selective beta blockers to treat acute withdrawal symptoms such as high blood pressure and increased heart rate would help in providing a restful environment. The hyper-excitable stimulant effect on the CNS caused by crystal meth overdose is controlled by Chlorpromazine. 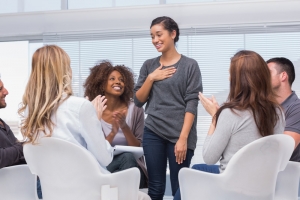 Combined with physiological detoxification of the body, long term cognitive and behavioural interventional therapeutic approach has been proven to be the most efficient method to recover from methamphetamine addiction. Admittance to a 90 day drug detoxification recovery program will help in altering the mind-set of patients through instilling education and awareness on the ill-effects of meth-addiction.

Training the mind to withstand and cope with the biological urges and cravings for more drugs is of prime focus in such cognitive interventional therapies. Along with behavioral therapy, regular participation in support groups such as Meth-abuse-recovery groups will aid in successful long-term recovery from Methamphetamine addiction.

Lack of proven pharmacological treatment drugs to combat Meth addiction is a primary reason why behavioral therapies and support groups are so effective. Anti-depressant medications help in combatting the depressive moods and symptoms observed during a period of abstinence after long-term meth-dependence. In case of any extreme or violent behavior during drug detox and withdrawal syndrome, administration of anti-anxiety sedative medications like benzodiazepines or neuroleptics to control drug-induced psychosis may be recommended.